The Dedication of IMOC Skate to:

Skateboarding began for me in 1986, I was 12 years old. A couple kids I hung out with started skating, well you know how the rest goes. The funny thing about that summer was, that I met a kid, Chris Kuzmak, who had come to spend the summer at his grandparent's house. It took me a couple times of skating with him till I made the connection - I knew him before.(Maybe he made the connection right away, but he never said anything) As it turned out, both our fathers were best friends since their high school days, and Chris and I had actually known each other when we were a lot younger. I just hadn't seen him in a really long time and didn't remember him.

Well, that all changed that summer. We skated together a lot, and became close friends. Chris was a really good skater and taught me a lot over next couple summers we skated together. The one big thing he taught me thought, wasn't any spectacular trick, it was to just have fun skating. See, Chris never got caught up in the who's better than who, or I can do this trick and that trick. Chris would actually go out of his way to stay away from that whole "political thing" as he called it. Chris loved skating, skating was who Chris was. I think that's why he was so good at it, he just loved the feel of skating. It never really mattered to him if he could land that great new trick, inevitability though, he would end up landing it anyway. Probably because he never tried "too" hard.

In October of 1988 though, something tragic happened, Chris was in a skateboarding accident. He had hit his head - it was pretty bad. Chris was in a coma for a couple days, and unfortunately never came out. On October 7, 1988 Chris left us for that infinite skatepark, where he can continue to do what he loves - skate.

I had a really hard time dealing with it all. Looking back on it all, Chris was the best friend I ever had (and he probably always will be). I tried to keep skating, see Chris and I had made a promise in the summer of 1987 that we would never quit. Plus, I knew he wouldn't have wanted everyone to stop because of what happened. But it didn't take long for everyone to quit, including me. I actually spent a long time trying to forget about it all. As some years past, I tried picking it up again, actually a couple different times but it just didn't seem the same, it didn't feel right.

It wasn't until some time later in the summer of 2001, my older son, Ryan was getting into playing street hockey and inline skating. That's when it all came back, I saw that complete joy again, only my son had it for inline skating. I went out to buy a new skateboard, and after some months of relearning to skate, the idea of starting a skateboard company "In Memory Of Chris" came to me. It now felt right - it was fun again. It just took some time, and an eight year boy, my son, to show me how to have fun again.

So, IMOC Skate is one skateboard company that's not about the corporate company BS. We're here to enjoy the sport and that's it. Your not going to see us trying to sign up all these high profile skaters. It doesn't matter. This is a company that I created in memory of my best friend Chris, and just as he thought, it doesn't matter if you can't land that great new trick, just "SHUT UP AND SKATE".

You stand here with me now

You stand here with me now

'Cause you stand here with me" 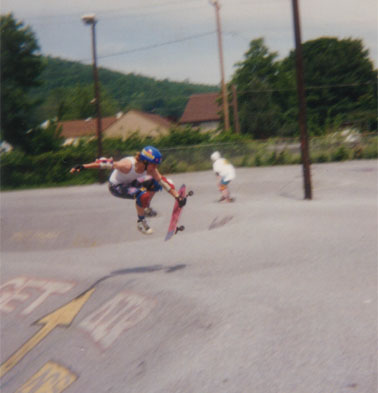 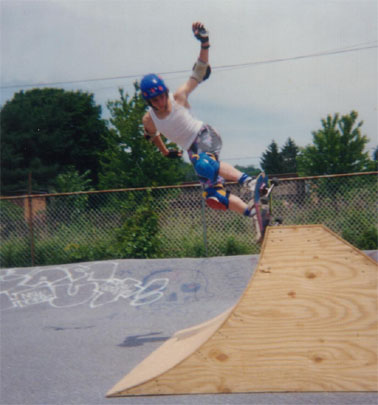 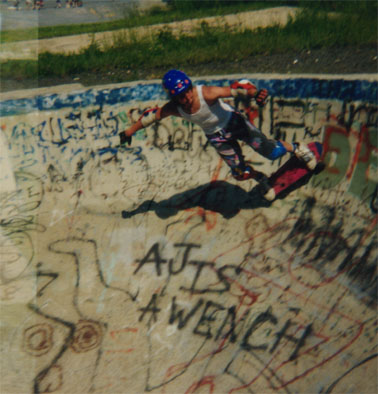 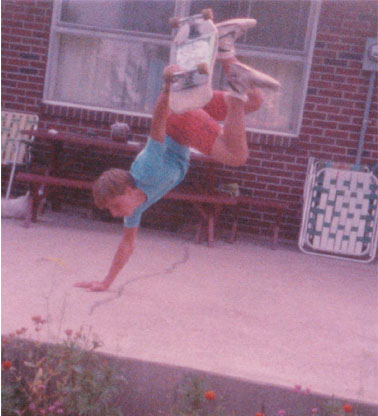 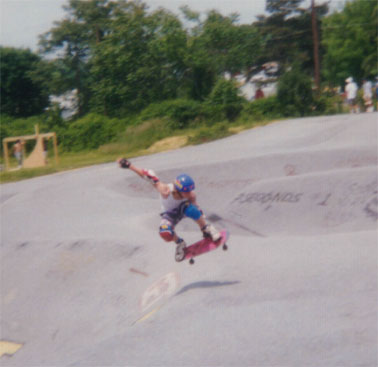 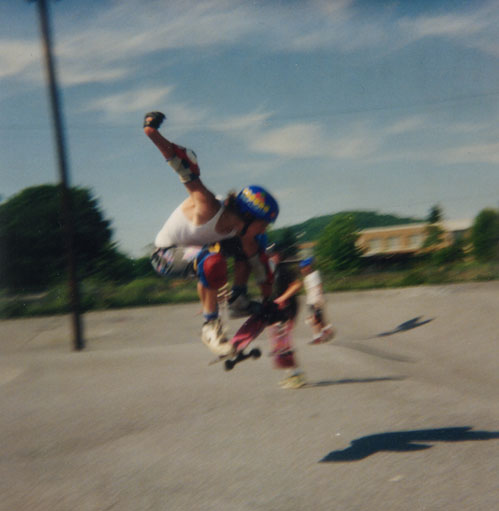 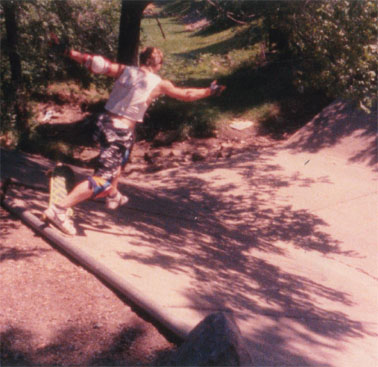 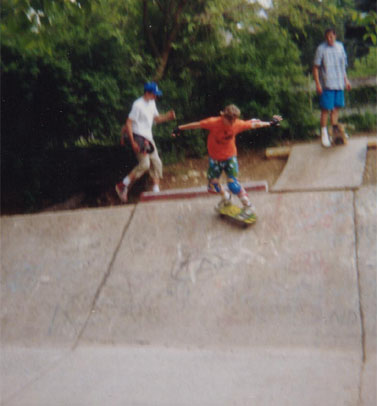 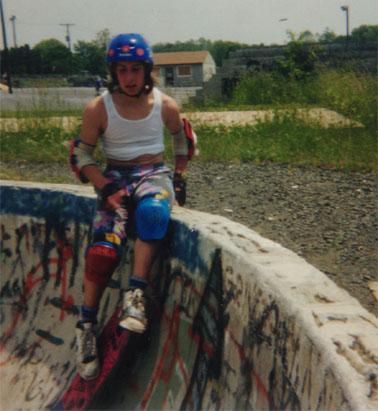 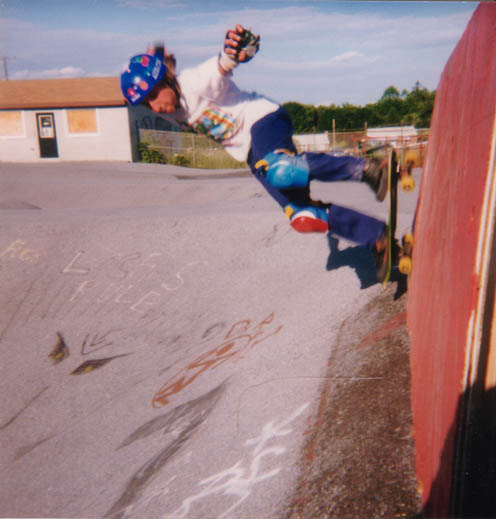 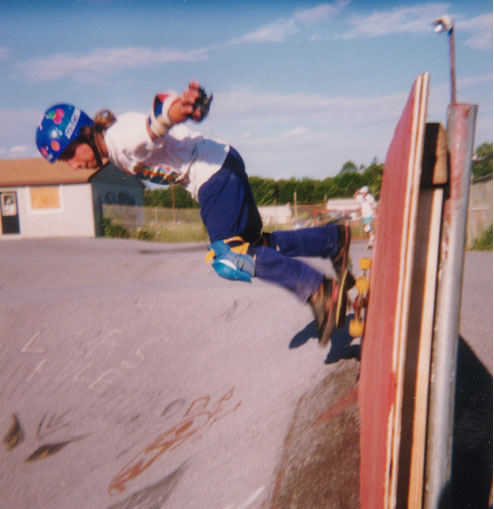